NOTE:  beginning Oct. 28, 2021, for all home athletic events in the Highline College Pavilion, spectators will be required to wear masks and show  proof of vaccination before being able to enter.

Highline ran out of luck in the first rouind of the NWAC Volleyball playoffs and saw their season come to an end. The team finishes 17-10 for the season and 10-2 in league, finishing second in the NWAC West Division.

Congratulations to Kylie Lunday and Lauren Clark, named to the NWAC West Division First Team All-Stars, and Kaini Hensley, named to the Second Team All-Stars.
Kylie Lunday not only led Highline with 200 kills, she led the entire league with a .401 hitting percentage. Lauren Clark, wiht 780 assists, was sixth in the league averaging 8.18 per set. Vanessa Mendez took team honors with 306 digs and 29 service aces

Photos from the 2021 Season 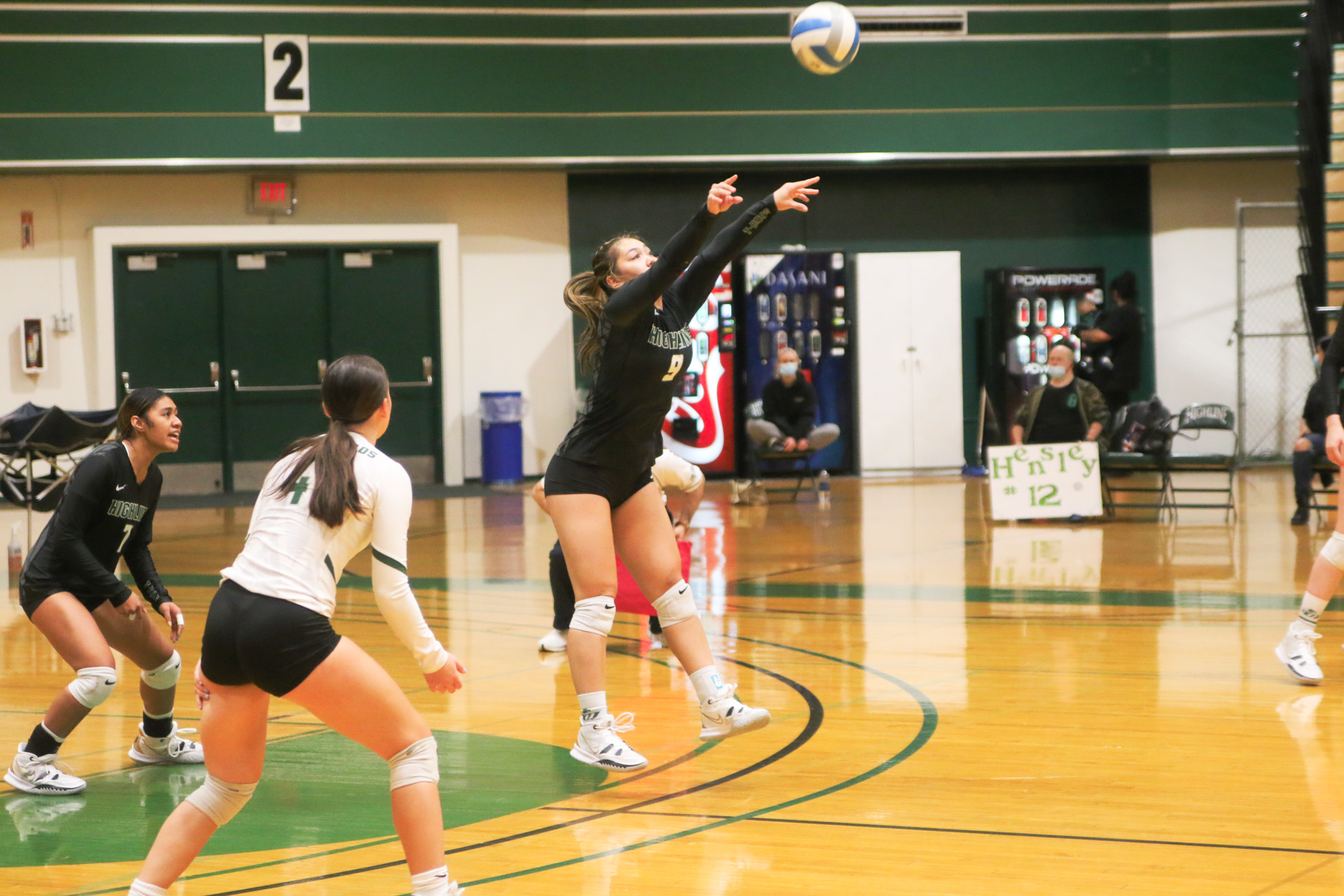 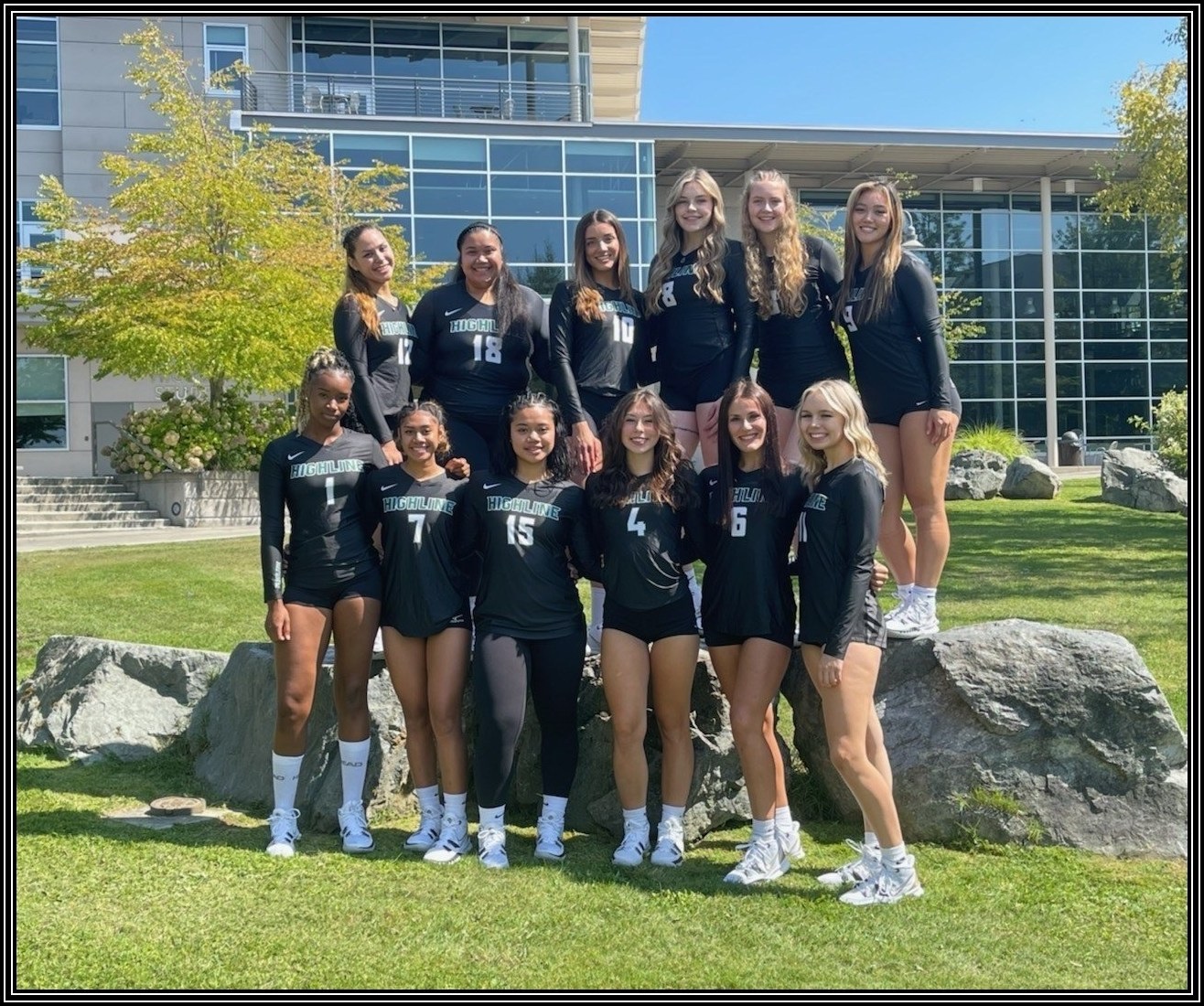