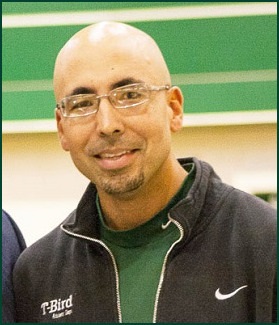 Ché Dawson became the new Head Men’s Basketball Coach at Highline College on April 25, 2003 after eight seasons in the high school ranks. Since coming to Highline, Dawson’s teams are 285-203 overall and 163-99 in the tough West Division. In seventeen years at the helm, Highline has won three Division championships and one NWAC championship. Highline has been to the Final Four three times and the Elite Eight seven times. His staff has been named the Coaching Staff of the Year (2008-2009) and the NWAC Coaching Staff of the Year (2005-2006).

The 2005-06 season culminated in a run to the NWAC Championship. “What a special group of young men it was” stated Coach Dawson. “We had sophomores who bought into the necessary commitment, leadership and selflessness to have a winning team and the freshman made the same level of sacrifice for us to be collectively successful.” Dawson thought the keys to the Championship team’s success were its depth, balance and versatility. “The most telling statistic from the NWAACC tournament was the fact that we won the tournament without one player in the top 20 in scoring for the tournament. When young men buy into that kind of unselfishness, incredible things happen.”

Coach Dawson is no stranger to implementing high standards and expectations into a basketball program. Coach Dawson was the Head Boys Basketball Coach at Chief Sealth High School in West Seattle from 1997-2003. After Sealth finished 6-11 in its previous campaign, Dawson’s team went 15-7 in his first season qualifying for the Sea-King District Tournament. Over the next five seasons, Chief Sealth qualified for the playoffs four times, including two more District Tournament appearances and one State Tournament Appearance in 2000-2001. Chief Sealth had not participated in the State Tournament since winning the State Championship in 1989.”[The 2000-2001 season] was a great season that rewarded a lot of hard work by our players, parents, staff and administration” said Dawson.

More importantly to Coach Dawson, however, was the integrity with which he ran the program. “The reason I love coaching is the ultimate challenge of playing within the rules and still maximizing your potential against your competition. I learned a lot about life values as a player and hope that my players take the same lessons away from the game.”

Dawson is also a staunch proponent of basketball being a vehicle for education. While at Sealth, an increasing number of seniors went on to higher education every year. “My first year at Sealth, two of eight seniors went to college. My last year, all six seniors went to 2-year and 4-year schools. We always talked about how the lessons learned in basketball apply to the classroom. You must have an appreciation for the fundamentals, a dedication and consistency in your effort and an ability to deal with adversity.” That academic tradition has continued at Highline. In twelve years at Highline, 42 players from Highline’s program have committed to play at 4-year schools and several others have gone to 4 year schools without playing.

Dawson has lived by these values. Dawson had a very successful high school career at Sunset High School in Portland, Oregon. In two years as a Varsity player, Sunset compiled a 47-4 overall record including two Metro League titles and the 3A State Championship in 1987. He played for legendary Oregon coach Ken Harris who has twice been named the Oregon State Coach of the Year and once the National Coach of the Year. Dawson was a second-team All-Metro selection his senior year.

After graduating from Sunset in 1988, Dawson moved to Seattle and attended Seattle University. At Seattle University, Dawson was a four year letterman, playing his final season for legendary Garfield High School Coach Al Hairston. “The combination of integrity, discipline and a commitment to excellence that I received from my high school and college coaches transcended the basketball court and influenced me in the classroom,” said Dawson. While at Seattle University, Dawson initially majored in Criminal Justice, making the dean’s list on several occasions and earning “outstanding Student-Athlete” awards. After completing his playing career, Dawson decided to attend Seattle University for another year, allowing him to earn a second major in Political Science and to focus his efforts on qualifying for admission to law school.

After graduating from Seattle University in 1993, Dawson worked as a Juvenile Rehabilitation Counselor at Echo Glen Children’s Center, a juvenile correctional facility. After a year away from the classroom, Dawson was one of 170 students accepted into the University of Washington School of Law. He went on to graduate with his law degree in 1997.

During law school, Dawson began his coaching career as an assistant at Ingraham High School to Bill Sauvage, 1996 Metro League Coach of the Year. Dawson knew immediately that he had a passion for coaching. “I was able to combine my love for the game with my love for leading and working with young people.”

After two seasons at Ingraham, Dawson became the Head Boys Basketball Coach at Sealth. He concurrently passed the bar exam and began his legal career with Karr Tuttle Campbell, a downtown Seattle law firm. “I am eternally grateful that my employer allowed me to develop as a coach and to work with young people.” Dawson continues a relationship with the firm in an Of Counsel role and is a tenured faculty member of the Paralegal Department at Highline College.

Dawson and his wife, Kelly, live in West Seattle with their sons Miles and Malik. 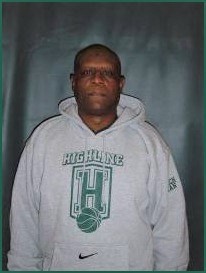 Coach Ryan joined the Highline staff for the 2004-05 season after twelve years of coaching in the U.S. Air Force and ten years in the high school ranks. He hails from Laurel, Maryland. Coach Ryan graduated from John F. Kennedy High School in San Antonio, Texas in 1968. He then graduated from Texas Southern University in Houston, Texas in 1972. That same year, he joined the U.S. Air Force as an enlisted airman. He served in the U.S.Air Force until 1993 when he retired as an Officer with the rank of Captain.

Coach Ryan’s coaching career began in 1982 while stationed at Hickam Air Force Base in Honolulu, Hawaii. While in the Air Force he netted over 300 wins in 11 years and was 9-0 when he was deployed to defend the country during Desert Shield/Storm in Saudi Arabia in 1990-91.

During his coaching career, Coach Ryan won over 20 tournaments, including two Major Command Championships. His teams were two time Command runners-up and finished third twice in Command play. As a result of Coach Ryan’s success, he was asked to coach the U.S. Armed Forces basketball team and the All-Air Force basketball team for 5 years. He was the recipient of one Gold Medal and three Silver medals.

Coach Ryan began coaching at Kentridge High School in Kent, Washington in the late 1990s where he was instrumental in his team returning to the State Tournament in 1999. The team also made the District Tournament from 1998-2000. Coach Ryan coached with Coach Dave Denny in the summer of 2000 when they led the Friends of Hoop Select Team to a Division A Championship at the Big Time Tournament in Las Vegas with future McDonald’s All-American/Houston Rocket Aaron Brooks at the point guard position.
As a retired Air Force Officer, Coach Ryan has been instrumental in placing four of his high school players at the U.S. Air Force Academy where they became officers.

Coach Ryan lives in Seattle with his wife, Lois, who has been instrumental in his coaching success.

Coach Ryan was a Federal Investigator with the Federal Department of Housing and Urban Development (HUD) in Seattle, Washington until October of 2006 when he retired from the federal government.

Coach Ryan’s philosophy has always been to give back to society what he has been fortunate enough to obtain.

“We are very fortunate to have Coach Ryan’s experience in our program. His worldly experience and coaching success in both the military and high school setting offer a unique perspective to our players. He has a unique ability to get players to play harder than they thought they could.” – Coach Dawson 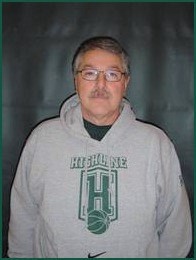 Coach Denny came to Highline in 2003 after 30 years of coaching in the high school ranks. He has compiled an overall 396-212 record. He is a native of Port Angeles, Washington. After graduating from Port Angeles High School he attended Peninsula College and Western Washington University.

Coach Denny then became the Head Boys Basketball coach at Mark Morris High School in Longview, Washington. In his 16 years at Mark Morris, he led the Monarchs to four state title games. The Monarch’s won the State Championship in 1978, 1985 and 1987 and placed 2nd in the 1986 State Tournament. Coach Denny has also been named by his colleagues as the Washington State Coach of the Year in three separate seasons.

Coach Denny finished his coaching career at Auburn High School. The Trojans qualified for the state tournament three times during his tenure at Auburn. His 1997 team finished 16-0 in league play.

Coach Denny also coached with the Friends of Hoop select program in 1999 and 2000 featuring former Washington prep standouts Brian Morrison, Michael Fey, Alvin Snow, Curtis Allen, Erroll Knight, Marc Axton, Aaron Brooks, Eddie Lincoln, CJ Massingale, Ryan Appleby and others. Coach Denny lives in Auburn with his wife of 50 years, Sherry. He has had the opportunity to coach both of his sons, Jeff and Chris during his highly successful years at Mark Morris.

“We are very fortunate to have Coach Denny’s experience in our program. He is a tremendous coach with whom I have worked in the past. His vast knowledge of the game and level of concern for his players as people are tremendous assets to the Highline College men’s program.” – Coach Dawson 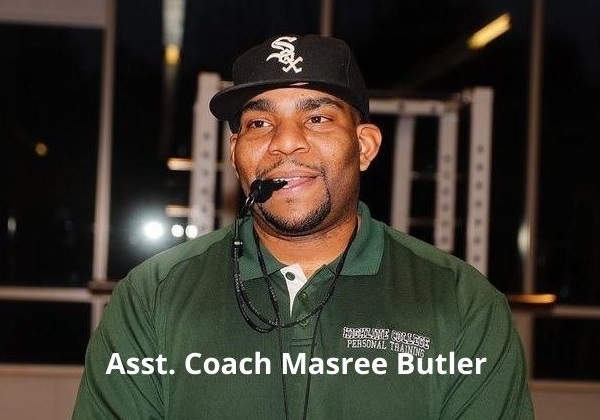