NOTE:  beginning Oct. 28, 2021, for all home athletic events in the Highline College Pavilion, spectators will be required to wear masks and show  proof of vaccination before being able to enter.

Due to Health/Safety concerns, the Northwest Athletic Conference (NWAC) has delayed the start of conferfence play for Men’s and Women’s Basketball to January 19, 2022.

December 20, 2021 – the Men’s team heads into the holiday break at 3-9, losing three in a row and five of its last six contests. With league play starting in January, the T-Birds still have time to turn its season around and vie for a playoff spot.

Micah Jessie, shooting over 50% from the field, leads the team at 19.8 points per game, playing about 39 minutes a contest. Others averaging double figure scoring are Bradley Graham (18 ppg); Kenny Curtis (15.4 ppg); Luke Brower (11.5 ppg); and Earl Lee (10.6 ppg). Kenny Curtis leads the team with 4 assists and 2.4 steals a game and Rakim Nelson pulling down almost 8 rebounds a game.

Action at the Highline Crossover Tournament 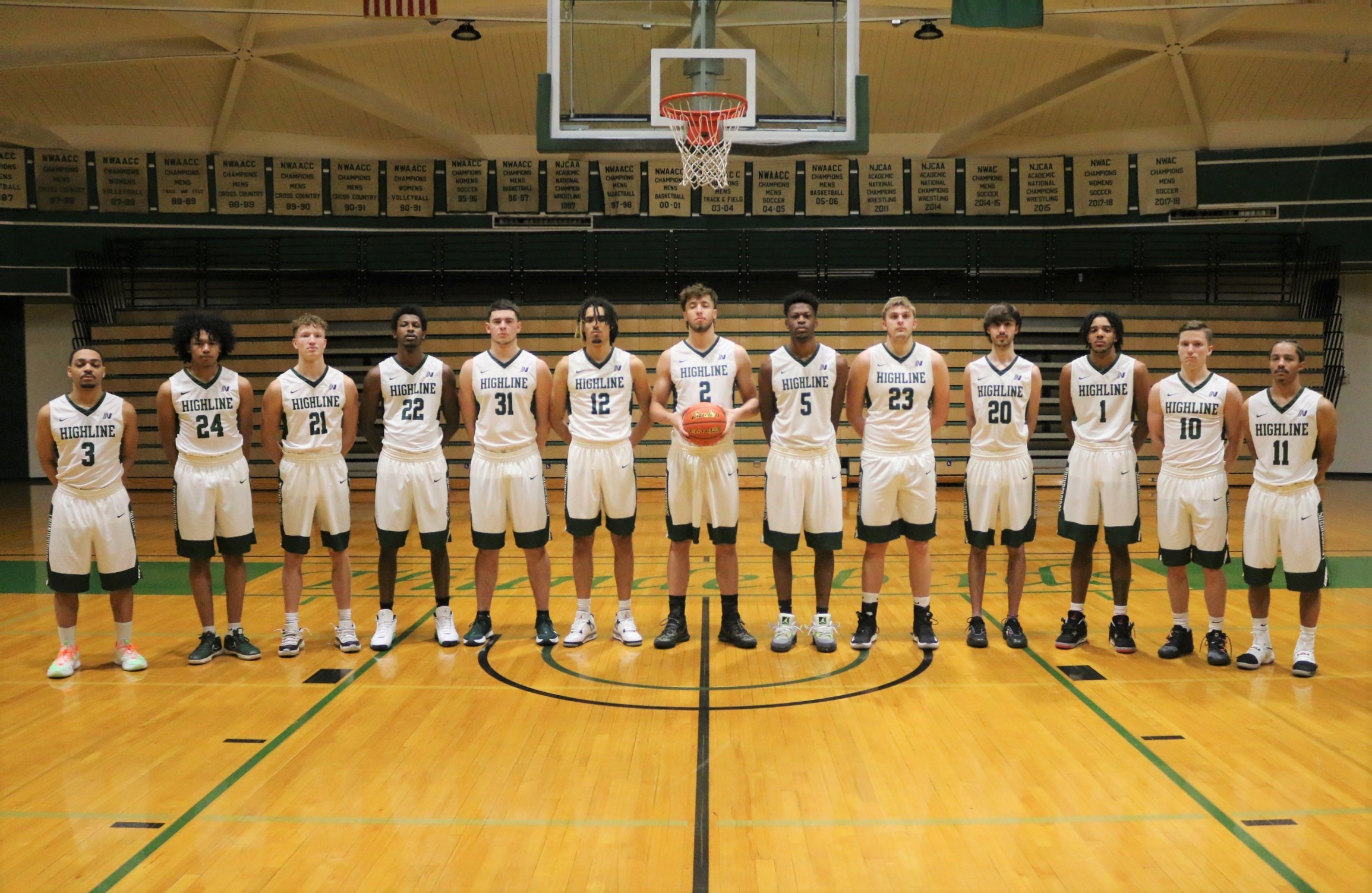